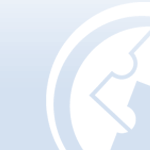 The Arkhams are a 4 piece band playing Wild Rockin´ Psychobilly, rocket-fueled by their influences, but keeping their unique, dare I say signature sound consistent & keeping crowds dancing everywhere they go. Taking their name from a town made infamous in HP Lovecraft lore, it’s no coincidence that the songs have recurring themes of insanity and mental illness. The sound is as schizophrenic as the content: a psychotic episode across sub-genre boundaries which at any twitch can switch from psychobilly, to garage to Mersey-beat/R&B and New York City Punk Rock. The Arkhams thrive on their musical (and personal) eccentricity, while nodding to those who have influenced them. A live set is a barrage of rock fury, with most songs connected to the next, relenting few times between for the crowd to catch their breath and wipe the sweat from their brows. Catch them live!"